Klamath IDEA (Inspire Development, Energize Acceleration) will host its final IDEA Talk of the season on Wednesday, June 19, 5:30 to 8 p.m., at Sugarman’s Corner.

This month’s IDEA Talk will feature Allen Alley, managing member of The Alley Group and president of Obsidian Opportunity Funds.

Alley founded Pixelworks, a semiconductor company in Tualatin, Ore., that provides circuits for flat-screen TVs. He led the company from startup to IPO in three years, eventually growing it into a global brand with approximately 500 employees at offices in Portland, San Jose, Tokyo, Taipei, and Shanghai. He was also part of the executive team who led the growth of InFocus Systems, Inc. in Wilsonville, Ore., from a startup company to a $250 million global enterprise. 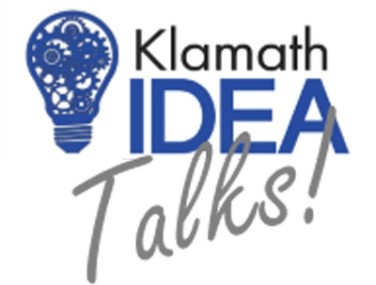 Alley is currently the managing member of The Alley Group, an early stage venture capital firm that focuses on software-as-a-service companies with unique value propositions. He is also co-founder and president of Obsidian Opportunity Funds, a firm that manages renewable energy investments in designated “Opportunity Zone” communities.

“We’re really excited to have an entrepreneur with such an amazing depth of experience like Allen finish out our IDEA Talks season. This season’s Talks have all been top-notch, and Allen’s presentation will be a perfect capstone to a great year,” said Klamath IDEA Director Kat Rutledge.

Over 30 years, Alley has served on numerous corporate and community boards and advisory groups and has built a unique experience base that spans multiple disciplines, from engineering to marketing, venture capital, entrepreneurship, and public service.

The Entrepreneur in Action Award goes to a team or entrepreneur who is already actively implementing its business concept in the Klamath Basin.

Paul drafted PourHorse, a mobile bar service, in Klamath Falls after his experience working with a Colorado catering company serving guests at parties and weddings.

Paul is currently pursuing an Associate of Science in Business Administration, with an emphasis in sales and marketing at Klamath Community College.

Hasty is an Oregon native, currently pursuing an engineering degree at Oregon Tech.

Hasty founded Klamath Tangent to locally manufacture high-quality, midsize bags and packs that have the ability to keep up with his adventurous lifestyle.

“Running a business while going to college is not an easy accomplishment. We’re so proud of these two Entrepreneur in Action Award Winners. They are doing it, right here in Klamath,” said Ben Blanchard, of Klamath IDEA.

Klamath IDEA is committed to creating a thriving entrepreneurial ecosystem to increase opportunities for wealth and prosperity in South Central Oregon. Klamath IDEA is a community initiative made up of organizations, events, and individuals cooperating for a common purpose: entrepreneur-based economic development.

Sugarman’s Corner is located at 533 Main St., at the corner of North 6th and Main streets in downtown Klamath Falls. Food and beverages provided by MC’s On Main are included in the cost of entry. Networking begins at 5:30 p.m. and the presentations will start at 6 p.m. Those interested in attending this event can purchase discounted tickets in advance online at Eventbrite.com or on Klamath IDEA’s Facebook page for $15. Tickets will also be available at the door for $20 (cash only).