Seven women entrepreneurs from around the world were each awarded $100,000 for creating startup businesses that serve as catalysts for change and growth within their communities and the broader society. Known as the Cartier Women’s Initiative Awards, the prizes were handed out Thursday in a ceremony at the Fort Mason Center for Arts & Culture in San Francisco.

It was the culmination of a year-long process that saw 2,900 applicants reduced to 21 finalists representing seven regions of the world. The finalists spent a week in San Francisco where they received personal coaching for their business plans and final presentations to 35 judges from around the world. This is a continuation of the coaching each of these finalists received for three months prior to the final ceremony. The two runner ups in each region received $30,000 each for their business. All totaled, $1.1 million was awarded to the finalists.

Perhaps more importantly, these finalists are now part of a community of women around the world who can share their experiences with more than 200 other finalists and laureates (which the CWIA winners are known as). It is a part of the CWIA program that makes this a lasting experience for its finalists.

Cartier, the international luxury brand, INSEAD, the international graduate business school, and McKinsey & Company, an international management consulting firm, are partners in this program now in its 13th year. Cartier provides the financial, organizational and promotional support for the program throughout the year (including the prize money). INSEAD and McKinsey provide personal coaching and educational support in all aspects of the finalists’ businesses. INSEAD will continue this support for the winners throughout the year. The three organizations were involved with selecting and overseeing the judges and the judging process.

The success of this program can’t be overemphasized. Among the startups selected as finalists, 80% are still in business 10 years later.

“The Ripple Effect” was the theme of this year’s awards program, paying tribute to men and women entrepreneurs who serve as catalysts for change and growth within their communities and the broader society. The seven business sectors that were selected for this year’s competition were: health, technology, education, energy, agriculture, finance and fashion. The finalists were chosen from seven regions of the world (expanded from six this year with Asia divided into two separate regions).

The seven laureates are:

Europe – Zineb Agoumi of France for EzyGain, an affordable space-saving and connected gait rehabilitation device that secures patients at the pelvis and monitors their progress.

Latin America – Liza Velarde of Mexico for Delee, a blood test that detects the presence of circulating tumor cells (CTCs) in cancer patients, enabling physicians to better monitor progress of the disease.

North America, Ran Ma of the United States for Siren, which produces “smart socks” for diabetics made of Neurofabric, a proprietary technology fitted with microsensors to monitor foot temperature and guard against foot ulcers.

Earlier in the day, the 21 finalists presented their pitches to a general audience at The Assembly, a clubhouse for women focusing on wellness activities. Their business ideas ranged from providing mental healthcare in Brazil, a country with few psychiatric professionals, addressing the refugee crisis in the Middle East and Northern Africa, and a more efficient way to provide responses for medical emergencies in Kenya. 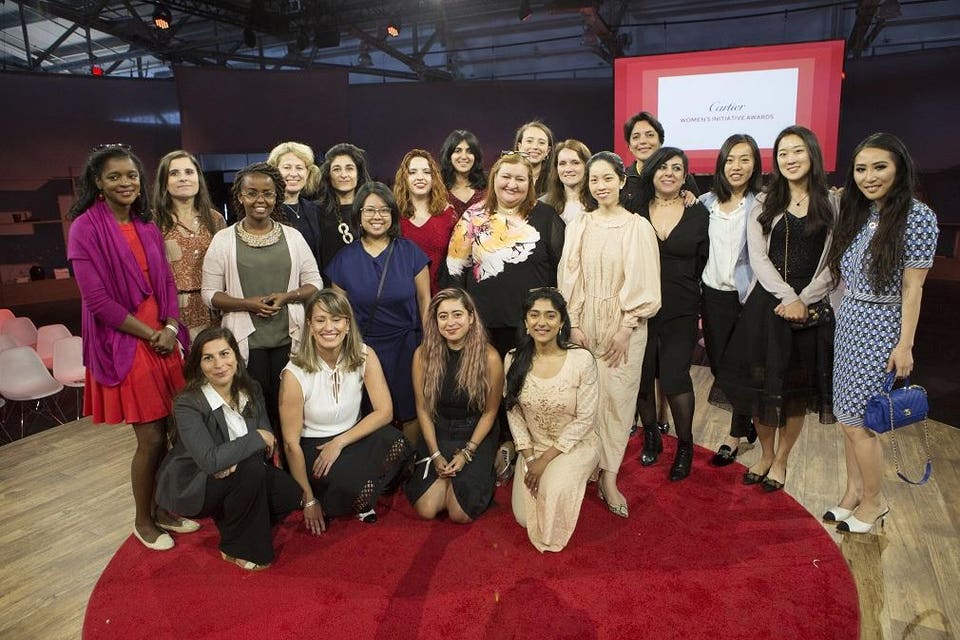 The challenges these entrepreneurs are addressing are daunting. However, some of the solutions proposed are practical. For example, North American laureate, Ma, a biomedical engineer, who created the smart sock, helps reduce amputations among persons with diabetes. For some, they had to overcome the prejudices of so-called experts. Bayombong of the Philippines, was told she shouldn’t provide education loans to women because they won’t pay them back. She ignored the advice and told the audience at the awards ceremony the pay-back rate of loans is 100%.

A day earlier, two prior winners of the CWIA, Katie Anderson, founder of Save Water Co., and Yiding Yu, founder of Twiage, discussed their experiences going through the CWIA process to a packed room of women entrepreneurs at Wing San Francisco, a co-working space for women.

Their experiences with their businesses couldn’t have been more different. Anderson’s Texas-based business helps large apartment buildings reduce their water and sewer costs by as much as 65%. She founded the business on her own, it’s entirely self-funded and there is no debt.

Yu, a medical doctor, took the venture capitalist route to fund her business, Twiage, which enables the secure hospital registration of a patient in real time from an ambulance or scene of an accident through a free smart phone app, replacing an inefficient system of radio transmissions that hospitals use to communicate with emergency medical services. She discussed the difficulty she has had with raising funds, noting that barely 3% of all VC funding goes to women-led businesses. 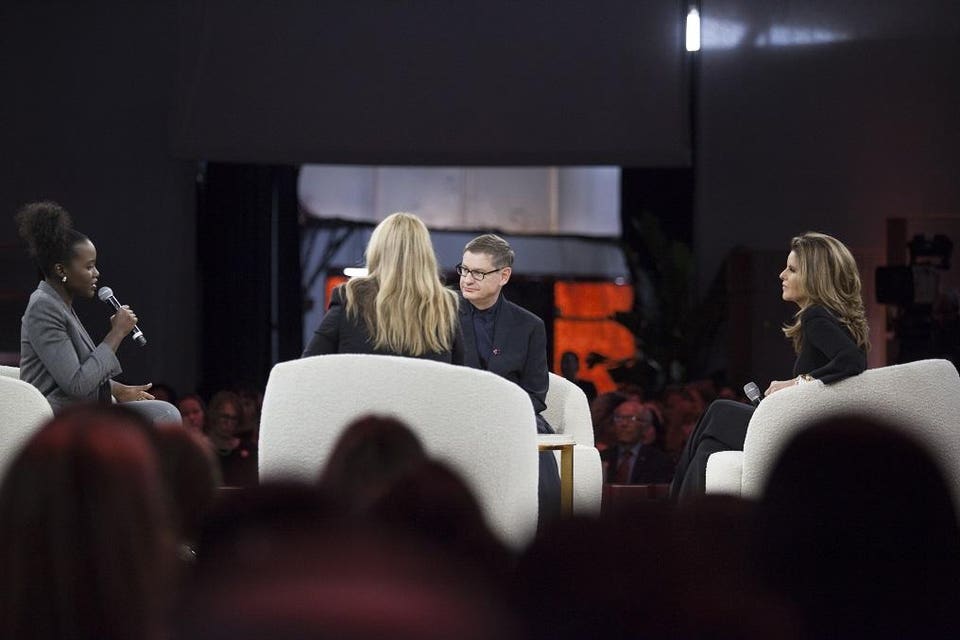 This figure from McKinsey & Company is often used by those involved with the CWIA, including Cyrille Vigneron, Cartier’s president and CEO. In a recent interview, Vigneron said that a competition putting women first is in line with the culture and values of the luxury brand. He noted that 75% of its clientele and 65% of its workforce are women. This includes Mercedes Abramo, Cartier North America president and CEO, who was a presence throughout the events held in San Francisco.

Vigneron compares this type of venture to the luxury products that the company makes. “We see the world as it is and try to make it better and nicer,” he said. “We try to do something that is good in a way that tells us and the world who we are. We make things that are beautiful and we make life better.”

The program provides support and confidence not only on a personal level for these business owners but among the investor community when making decisions on where to place their funds, he said.

He noted that the growth of the CWIA has been explosive, with the number of applications nearly triple in the past three years. However, there’s still room for growth. The next step is to make the process easier for those who don’t speak English, saying that those not comfortable with the language may lack the confidence to participate. “It’s important that we make people (who don’t speak English) much more comfortable.”

It seems appropriate that an awards and mentoring program for entrepreneurs would be in San Francisco, arguably, the startup capital of the world. For the previous two years it was Singapore and before that it was in France. But there was another reason for the new venue. INSEAD will be opening a new campus in the city. The location of the 2020 CWIA hasn’t been announced.

Previous Xero fuels small business growth in South Africa with finance options
Next Are you an Agritech Startup? Apply for Innov8Agric Challenge to Win up to $5,000 in Funding