Israel is one of three tech hubs that Intel Corp.’s investment arm is intently focused on, says Wendell Brooks

PHOENIX, Arizona — Israel’s spirit of entrepreneurship and innovation was highlighted at Intel Capital’s annual, three-day Global Summit conference this week as hundreds of entrepreneurs, Intel executives, business leaders, and investors from Israel and across the world gathered in Phoenix, Arizona, for the event.

Speaking to the Israeli press on the sidelines of the summit on Monday, Intel Capital president Wendell Brooks said Israel was one of three tech hubs that Intel Capital, the Intel Corporation’s investment arm, is intently focused on (alongside China’s Beijing/Shanghai and California’s Silicon Valley) and that often Israeli entrepreneurs have “better ideas than in the Valley.”

“They certainly bring a different perspective,” said Brooks, who also serves as a senior vice president of Intel Corp.

During an onstage conversation as part of his keynote address at the summit, Brooks asked Malaysian-born American executive Lip-Bu Tan, the CEO of US multinational Cadence Design Systems and chairman of VC firm Walden International, which tech ecosystem — China’s or Israel’s — he traveled to more, to which Tan quipped about an easier flight from California to Tel Aviv.

“The entrepreneurship [in Israel] is very good, and they are very passionate. I invest quite a lot there,” Tan said.

Praising Israeli smarts, humor, and directness, Tan said Israelis “can debate with you, they can confront you, and I [prefer] that to beating around the bushes, they go straight to the point.”

Tan said another positive aspect of the Israeli tech ecosystem is that the entrepreneurship is “truly global because their domestic market is so small.”

At the conference on Monday, Intel Capital announced that it was expanding its team in Israel, adding two investment directors with a focus on early-stage startups. The venture fund said it capped 2018 with $120 million in overall investments in 14 Israeli startups and companies. These included transit data tech company Moovit, in which Intel led a $50 million investment, and Habana Labs, a developer of AI processors, in which Intel led a $75 million investment last year.

Brooks said Intel Capital marked a record year for investments in Israel ventured that 2019 would be “even better.”

Intel Capital’s first investment in an Israeli startup this was in the Haifa-based startup ProteanTecs, which emerged from stealth mode with a $35 million Series B financing round. ProteanTecs, founded in 2017, developed a solution for predicting and monitoring electronic systems’ performance and reliability throughout their life cycle.

The investment was one of 14 new ventures totaling $117 million made by Intel in global companies so far this year across industries including artificial intelligence, healthcare, smart manufacturing, and data tech. 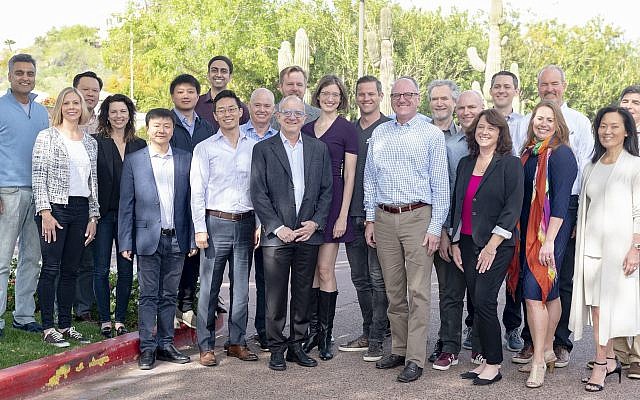 The move is in line with Intel’s transition in recent years from a leading maker of silicon computer chips to a data-centric company, with activities ranging from the manufacturing of chips to developing safety features in vehicles, wireless phone connections, drones, and cloud-based technologies.

Brooks said that, currently, some “50 percent of the revenue comes from data-centric platforms,” as Intel Capital has generated new business models, having shifted away from trying to make investments that were directly in parallel to Intel Corp.

Led by Brooks, Intel Capital currently has 339 portfolio companies — 28 of them Israeli — down from 470 companies five years ago when he took the reins. Brooks explained that fewer companies meant more focus.

We want to invest where we can add value, and bring solutions to customers,” he said. “Many VCs give money; we want to give expertise and knowledge, and we want to build relationships.” 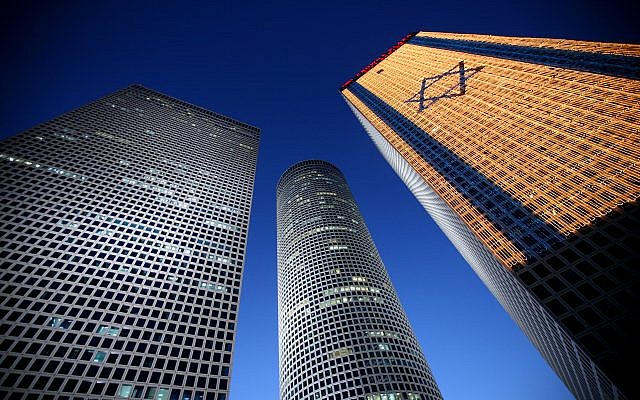 And Israel is a good fit for this approach. “Tel Aviv is the first place [in the world] where you feel there’s a sustaining ecosystem, an ecosystem of growth where companies take care of other companies,” Brooks said, explaining it is part of the reason to grow the Israeli team and invest more money into Israeli-run startups.

“Innovation drives economies and the two best places for this are Israel and the US,” he said.

A different kind of corporate VC

Roi Bar-Kat, one of the two new investment directors joining the Israel team, told The Times of Israel that Intel Capital, as a corporate investor, stood a cut above the rest not least because it is the most active such fund in Israel.

“We have the money and don’t need to spend time fundraising, we are the largest corporate VC, startups that work with us are not under pressure to exit, and we have access to resources like the engineering, a large customer base, and partners,” Bar-Kat said, listing some of the reasons startups would want to work with Intel Capital in Israel.

Noam Kaiser, who is also joining local Intel Capital operations, said the fund is “challenging the corporate VC model, investing early and advancing a compensation model based on success.”

“It’s a culture of investment that really sees the entrepreneurs and builds relationships with them where we can be straightforward, and, where necessary, tell them hard truths,” said Kaiser, formerly Amazon’s business development manager for the VC field in Israel, Spain, and Portugal. 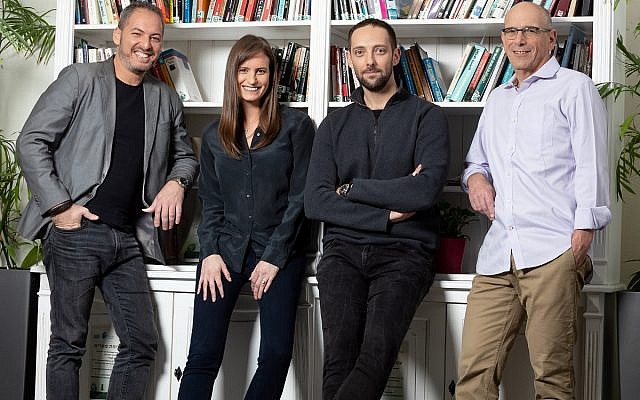 At Intel Capital, Kaiser is set to focus on cloud computing, dev ops, data tech, and mobility, while Bar-Kat, previously with US fund Liberty Technology VC, will look at startups in the fields of cybersecurity, artificial intelligence, and autonomous vehicles.

Intel is behind the largest single exit for an Israeli company to date, having acquired the Jerusalem-based firm Mobileye, a maker of advanced driver assistance systems, in 2017 for a record $15.3 billion.

This year, the US firm was also in the running to buy Israel’s Mellanox Technologies, a maker of high-speed servers and storage switching solutions, acquired last month by chip maker Nvidia (an Intel competitor) for $6.7 billion.

Brooks said Intel had a “close look” at Mellanox and it appeared to be a “good fit” but that the Israeli company ultimately accepted the proposal from Nvidia. He declined to go into the numbers.

The Intel Capital president said the semiconductor giant will continue competing with Nvidia in Israel as it makes strides in autonomous vehicle technology led by Mobileye. 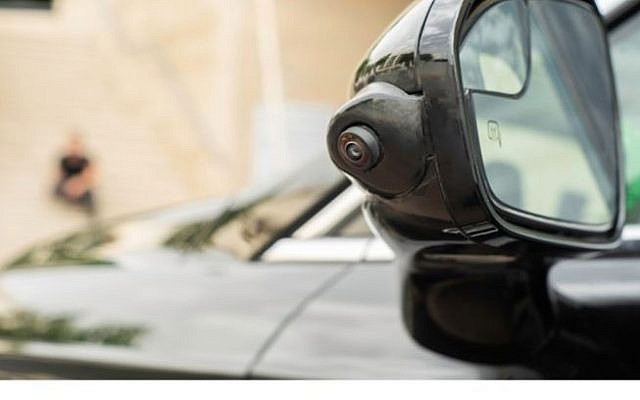 “We are well ahead of everyone else, and though we may not have fully autonomous cars until at last 2021, we will get there first,” Brooks said.

In January, Intel confirmed that it was building a new plant in Kiryat Gat, where it produces and develops some of its most advanced computer chips, that is expected to include an $11 billion investment.