LAGOS, Nigeria (AP) — South African-owned businesses operating in Nigeria are being targeted with violence in retaliation for xenophobic attacks carried out against Africans working in South Africa.

Police in South African arrested more than 100 people in five areas impacted by days of violence in Johannesburg and Pretoria. 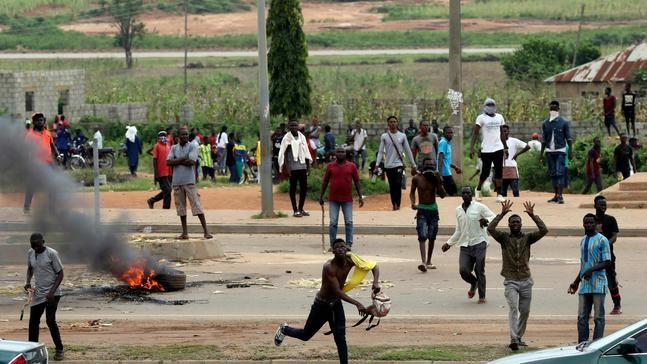 Amid a growing outcry about the attacks on many Nigerians living in South Africa, youths took to the streets Tuesday evening in some Nigerian cities to attack South African owned businesses.

The offices of South Africa telecommunications giant MTN in the southwest city of Ibadan were set ablaze Tuesday while the company’s office in Uyo in the southeast was attacked by an angry crowd that vandalized properties, according to local newspaper reports.

Shattered glass, tires and damaged printers lay in the vandalized MTN shops in the Surulere neighborhood of Lagos, which on Wednesday had police vans outside.

“They broke into the shop, carrying laptops and many other things away,” Bala Muhammed told The Associated Press. “I had to close my kiosk because I was afraid because some people will use the opportunity to come steal. It has happened before as they are lots of people you won’t know who to hold responsible.”

The Lagos outlet of South African clothing retailer PEP in Surulere was also attacked and looted. 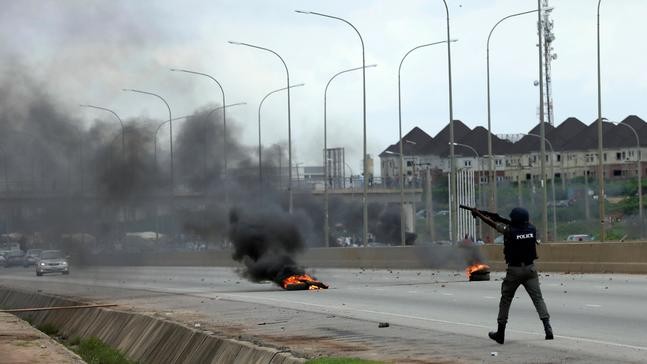 A policeman fire teargas at protesters during a protest in Abuja Nigeria Wednesday Sept. 4, 2019. (AP Photo)

“The crowd surged and within a few minutes the shop was empty,” Stephen Obafemi told AP.

The Lagos State Government in a press statement Wednesday confirmed that two outlets of the South African supermarket chain Shoprite were attacked in Lagos.

“These attacks are condemned as they are against the Nigerian spirit of accommodation and benevolence that the country in general and Lagos State, in particular, is noted for,” Lagos State Commissioner for Information and Strategy Gbenga Omotoso said in a statement. 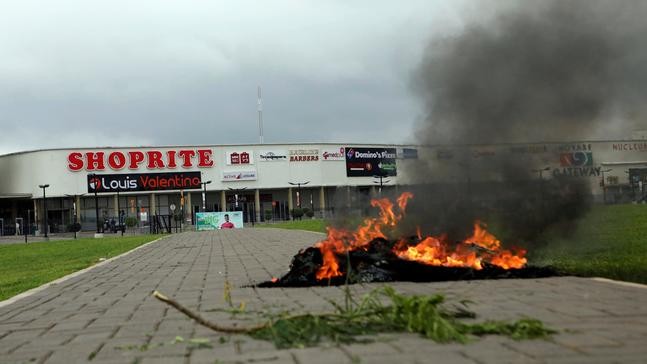 A bonfire is set outside Shoprite during a protest in Abuja, Nigeria Wednesday. Sept. 4, 2019. (AP Photo)

Many South African owned businesses in parts of the country are now under police protection.

Nigeria and South Africa are Africa’s largest economies. Nigeria has a large immigrant community in South Africa while South Africa has huge business interests in Nigeria. These include telecommunications, banking, energy, hotel, and media.

Years of xenophobic attacks on Nigerians living in South Africa has led to growing sentiments against South African companies doing business in Nigeria, with many Nigerians calling for their closure.

Nigerian President Muhammadu Buhari said he had dispatched a Special Envoy to South Africa to convey his concerns to President Ramaphosa.

Previous How Ghana’s Nvoicia helps SMEs solve short-term funding problems
Next When it comes to tech investment, SA is under threat